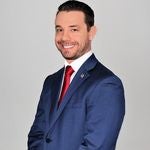 After being sworn in to the Illinois State Bar, Dan then became licensed to practice law in Federal Court and spent time working for a Chicago-based bankruptcy firm helping clients file for bankruptcy relief. With the desire for more courtroom litigation, Dan accepted a position with the Will County Public Defender's Office where he handled a myriad of criminal cases from initial bond hearing through to trial. He has tried scores of cases through to verdict, both jury and bench. Dan thrives in the courtroom and is a true advocate for his clients.

Sound legal advice comes from those with years of training, hard work, and a passion for helping others. At Lafata Law LLC, you’ll find all that and more. Call now at 630-481-6633 for your free consultation, or submit your information below.

Thank you for contacting us. We will get back to you shortly.

Please complete all required fields below.